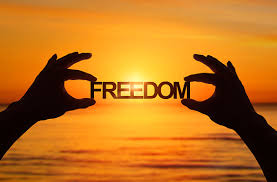 Some important qualities in a democracy are the following; Freedom and Equality amongst the citizens of the country. As one can imagine, in a democracy freedom is not absolute, in simpler terms a citizen can’t go killing every person he encounters, because he is restricted by the Laws and Constitution and apart from that he would be taking away the freedom of those people he had killed.

In places like North Korea where it is a dictatorial country ruled by Kim Jong Un and In China, their superior/supreme leaders (dictators) are not restricted by the Constitution. It is precisely this reason that leads to lack of freedoms in these type of countries. For example, North Korea is the only country in the world, where an international phone call can lead to execution. One of the freedoms that people who live in North Korea lack is freedom of association, since they are not allowed to join pressure groups to protest and disagree on something Kim Jong Un has said.

If the latter is done, they will be imprisoned and punished for three generations. In North Korea they also lack the freedoms of belief and religion, as they are encouraged to be atheists and live by the Juche ideology, which basically means self-reliance. In a democratic country like Malta we do have freedom of belief and religion since any type of people with any type of religious view are allowed to live and stay in Malta.

In Malta we also have freedom of speech, which is heavily influenced by the media (TV, radio and social media), but as citizens of this country we are still allowed to express and voice our opinions as long as they don’t promote hatred amongst each other. In countries like North Korea and China (dictatorial), this is not allowed since in every house in North Korea, there is one radio blasting propaganda about the Kim Jong Un Family 24/7.

In Malta (democratic), we also have freedom of movement which means that we can go abroad, how many time we want, where we want and at any time of the year that we want, no one is going to keep count of how many times we go out of the country. In dictatorial countries like North Korea, this is not permitted, if the people are caught escaping from North Korea to South Korea, they will either be imprisoned if not killed.

In Russia elections are rigged and Stalin once said “It is enough that the people know that there has been an election. The people who cast the vote decide nothing. The people who count the votes decide everything”. This proves that elections are rigged, unlike in Malta where the government is transparent with its citizens, since in Malta we have counting halls and every one can go and see the counting process taking place through perspex.

In China they also lack freedom of choice, since when elections are held, one party is allowed to contest the election and so the people have no choice of which party they can vote to.

Democracy is a way of life, form of society, and form of government. People in a democratic country have equal rights irrespective of their gender and also benefit from multiple freedoms as mentioned above.

Dictatorship ignores completely the voice/opinions of the people and there is no such thing as freedom.